"David and Katrina Greenfield have built a contemporary three-storey house on a difficult site near Newmarket using up-to-the-minute materials and technology... 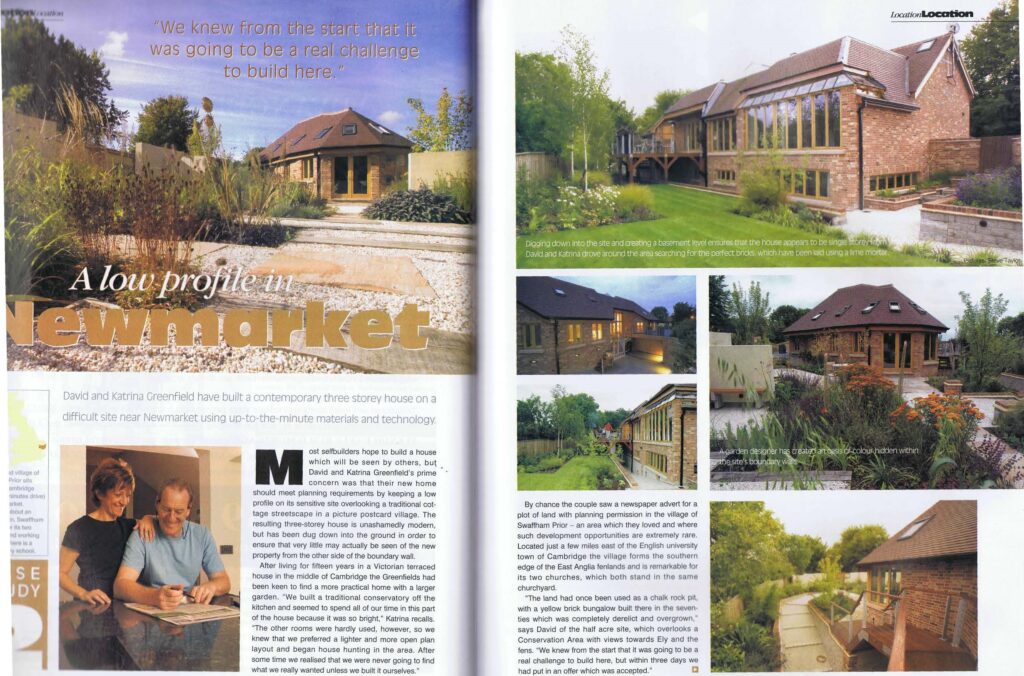 "We spoke with Carl, who explained that it would be difficult to build a traditional two-storey house on such a prominent site," says Katrina. "We liked the style of the house he had designed for the plot, and asked if he could come up with something along similar lines which would meet our needs and still be acceptable to the Local Authority. David and I put together a video scrapbook of clips from home building television programmes which illustrated our likes and dislikes, and certain elements of the design were influenced by our love of barn conversions."

Planning conditions dictated that the new house could not exceed the ridge heights of neighbouring properties, but Carl cleverly designed a building which, thanks to a full basement level, provides all the space the Greenfields required and yet appears to be a low-slung bungalow when viewed from the road. 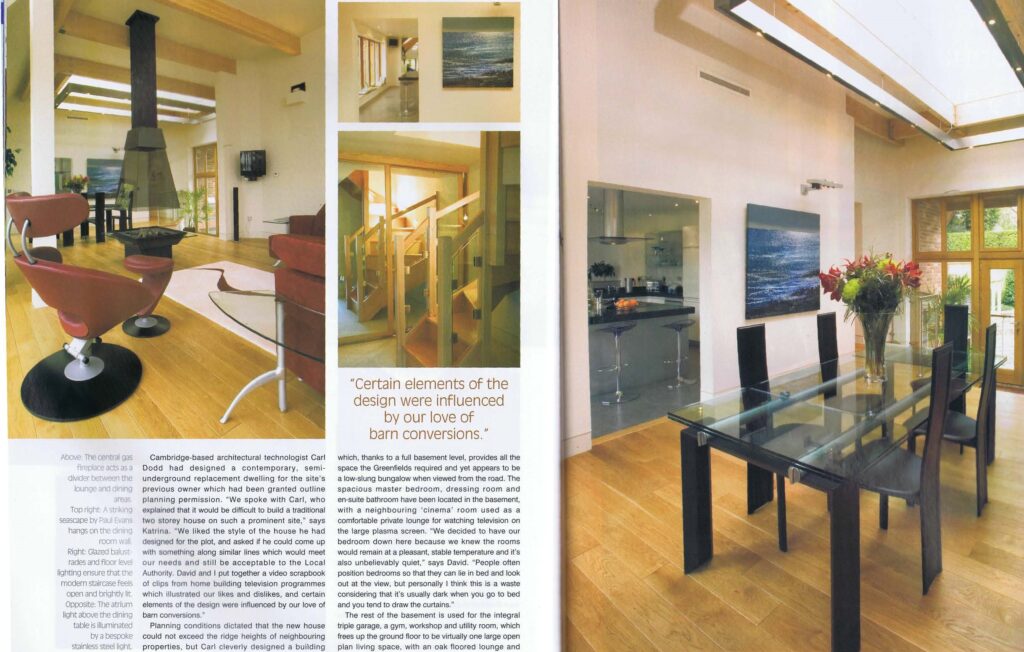 The spacious master bedroom, dressing room and en-suite bathroom have been located in the basement, with a neighbouring 'cinema' room used as a comfortable private lounge for watching television on the large plasma screen.

"We decided to have our bedroom down here because we knew the rooms would remain at a pleasant, stable temperature and it's also unbelievably quiet," says David. "People often position bedrooms so that they can lie in bed and look out at the view, but personally I think this is a waste, considering that it's usually dark when you go to bed and you tend to draw the curtains." 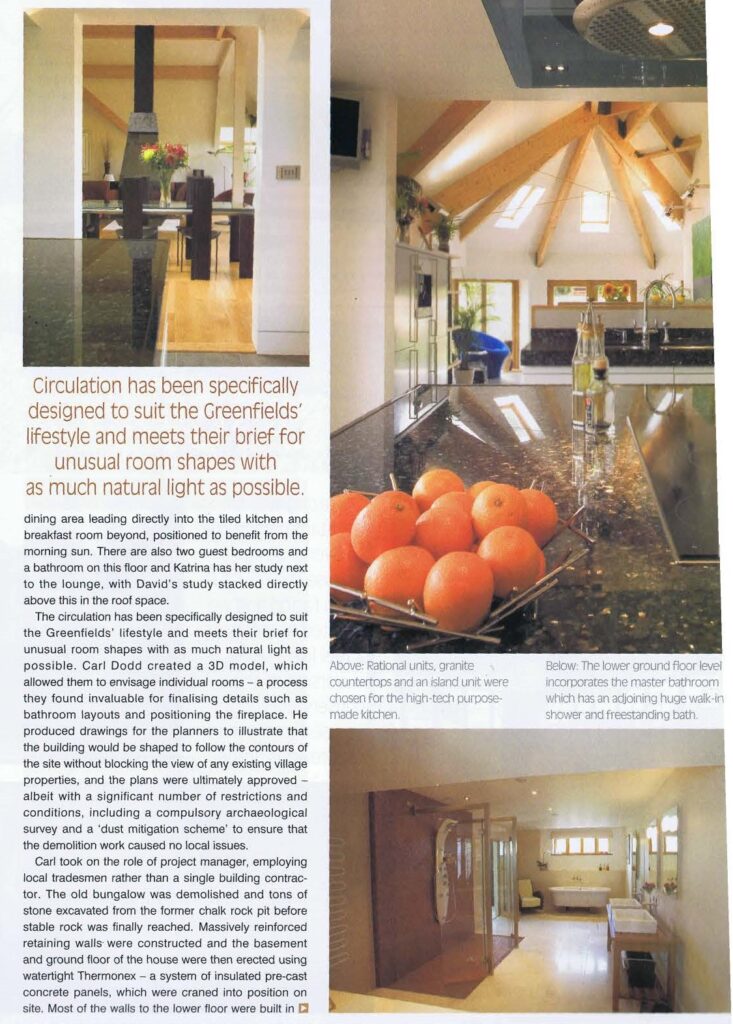 The circulation has been specifically designed to suit the Greenfields' lifestyle and meets their brief for unusual room shapes with as much natural light as possible.

Carl Dodd created a 3D model, which allowed them to envisage individual rooms - a process they found invaluable for finalising details such as bathroom layouts and positioning the fireplace. He produced drawings for the planners to illustrate that the building would be shaped to follow the contours of the site without blocking the view of any existing village properties, and the plans were ultimately approved.

Carl took on the role of project manager, employing local tradesmen rather than a single building contractor. Most of the walls to the lower floor were built in one working day, with pre-cast floors stitched to the walls before the ground floor walls were positioned and braced using a combination of steel and the timber roof structure. This Unipur system of SIPs (Structural Insulated Panels) created a completely open and factory finished roof space, and the whole shell of the house was completed in just three weeks, ready for the bricklayers and roofers to clad. 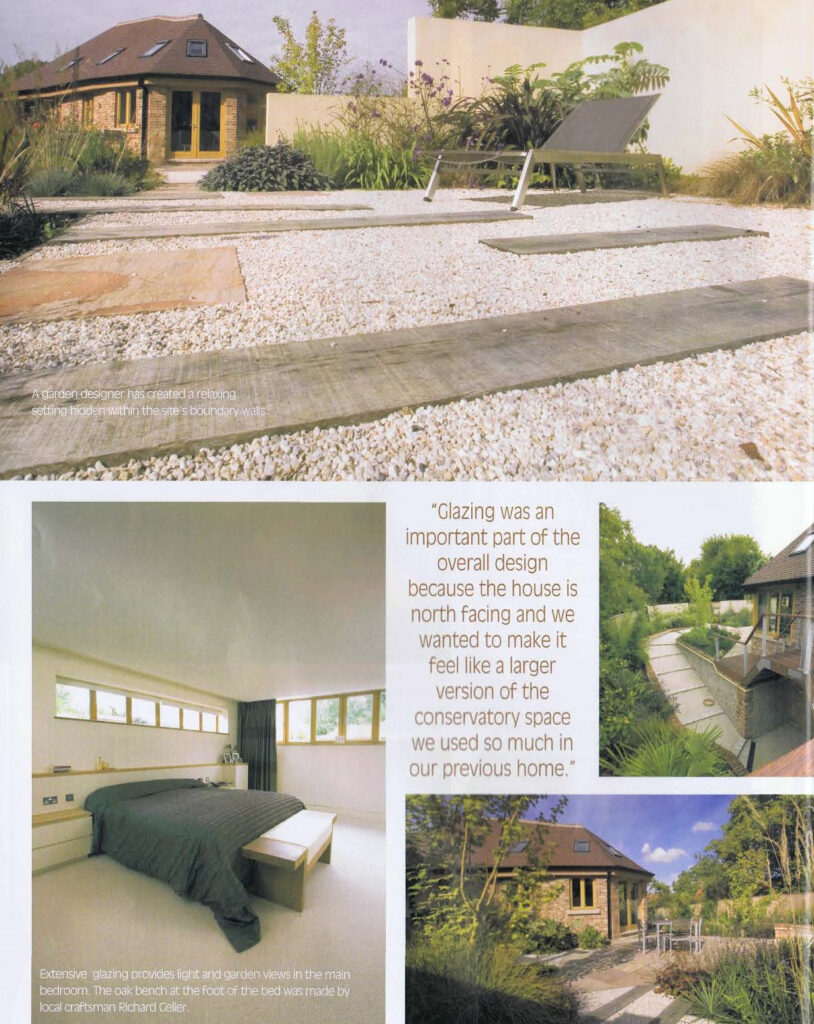 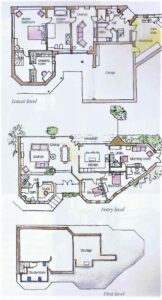 "Glazing was an important part of the overall design because the house is north facing and we wanted to make it feel like a larger version of the conservatory space we used so much in our previous home," says Katrina. "Carl has included a huge number of roof lights and lanterns in addition to the banks of full height windows and glazed doors. We can see Ely Cathedral from the lounge windows and the floorplan tapers to the breakfast area, which has several rooflights and exposed glulam roof timbers reminiscent of a conservatory. One large roof lantern creates a feature above the dining table and during the day you can look up and see the sky, while by night it can be illuminated from below to prevent it from appearing like a black hole."